Today we made one of those routine calls to the litigation capital in East Lancashire to find out why we still have not received notice of issue of proceedings in a case where we sent paperwork up North eleven days ago.

We were met with a familiar response.  To date “nothing has been logged on the system” although they are “currently 8 days behind”.  The suggestion is that we telephone again at the end of the week if we have not heard and they will look in to it further.

I should add that we haven’t telephoned before now because the most common response is that they are just 6 days behind.  They have been “behind” by that sort of period of time since the office opened, as far as I can recall.

Closer to home, we had instructions to issue a bankruptcy petition shortly before Christmas.  We sent the papers off to the debtor’s local court here in the West Country.

For various reasons, it was not the sort of thing to chase in the week before the festive period but we were on to it at the start of January.  We discovered that the petition had been issued on 18 December but the sealed copies had not been sent to us.  We got things moving, but were now hampered by the delay where the hearing date was at the end of January and personal service is required at least 14 days beforehand.

Our debtor does not want to play and has evaded service.  Despite our agent’s valiant efforts, time ran out and the petition was returned.  We asked for it to be relisted and at the same time submitted an application for an order for service by another means as it is now called, substituted service being a much too sophisticated term of art for the modern court user.

The application was returned to us without action and had to be resubmitted.  Meanwhile, having then been sent a notice of adjourned hearing date (that we could not yet serve) we remarked on the fact that the court was now spelling the debtor’s surname incorrectly.

After further chasing, last week, we received an order from the court.  It arrived a week after it left the district judge’s desk and too late for us to serve it, and the petition, ahead of the second hearing date. Even if we’d had time to serve it, we could not have done for these reasons.

First, it recites that the district judge read a letter that does not exist.  Secondly, it has two “it is ordered that” sections, the first containing only two recitals.

Finally and most conspicuously, the (in)operative part of the order tells us that “the insertion of a sealed copy of the above mentioned petition together with a sealed copy of this order through the letterbox of [debtor’s address]....” – and it stops there.  So it is ineffective.

Oh, and the debtor's name is incorrect. Again.

The same court fairly recently sent us an order in another case which recited nothing but the fact that it had been in front of a district judge who then allegedly ordered that:-

"(1) The claimant should send a copy to the defendant’s (sic); and

(2) As both defendant’s (sic) reside within jurisdiction of xxxxxx County Court, so the matter be transferred there.”

When we enquired as to what it was that the claimant should send a copy of to the defendants then after another typical delay, we were told that it is a copy of the last letter that we sent to the court – which presumably was writing to defendants anyway to send a copy of this cryptic order.

When the Salford operation and the local courts start to interact (in the most ironic sense) we get what have become almost routine letters from the local courts, asking for a copy of the defence “as this was not on the court file when transferred”. Bear in mind that the only reason the file was transferred from Salford is that a defence was filed.

The pain doesn’t end when you have judgment. In one recent case the CCMCC sent us the form from Registry Trust (which keeps the register of county court judgments) asking whether the defendant was “two individual’s (sic) or a one firm name” to which the smart answer was to look at the claim form we filed at the outset with “(A firm)” after the defendant’s name.

Just a few short highlights of everyday life dealing with the Court Service – the delay, the additional expense, the frustration – ours that we feel and our clients’ that we field. 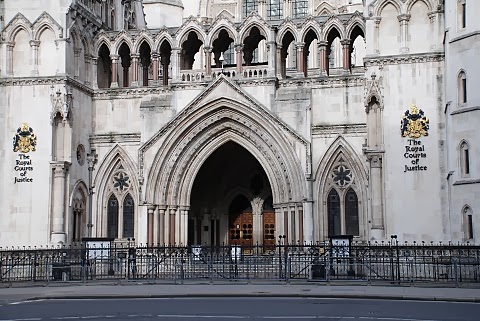 For those who haven’t heard, there was this bloke called Mitchell who used to be the government chief whip.  He lost his job because of a lying policeman – presumably no longer laughing since he went to prison.  Mitchell issued libel proceedings against the publishers of The Sun. See Cracking the whip for more

The rest is recent history where ultimately the Court of Appeal said that it was right to impose a penalty on Mr Mitchell and his lawyers which would effectively deprive him or them of perhaps more than £500,000 in costs if successful in the defamation proceedings.

All that because a very complex, detailed document was filed late – six days late.

The Master of the Rolls, Lord Dyson, explained to a packed Court of Appeal that “there now has to be a shift away from exclusively focusing on doing justice in the individual case”.

That judgment has encouraged a subsequent spate of seemingly ridiculous applications.  In Lakatamia Shipping Co v Nobo Su there was a delay by one party of just 46 minutes in complying with an order for disclosure of documents.  The other side took the point and argued that the defence should be struck out.

In Meehan v Manley & Churchill Insurance Company the parties had agreed in the summer of 2013 an extension of time for service of witness statements.  There was seemingly no prejudice to anybody.

After the Mitchell judgment, the defendant took the line that the claimant could not rely on those witness statements because they had not been served in compliance with the court’s previous timetable and the agreement between the parties was ineffective to vary that.

Happily, in both of the cases referred to, a sensible outcome was achieved.  Forty six minutes was deemed – quite rightly – to be “trivial” and the stance taken with regard to the historic breach of the timetable for witness statements was condemned as “opportunistic”. It was said that if relief were not granted, “procedure would, in fact, become the mistress rather than the handmaiden of justice”

Further encouragement comes this week with the announcement from the Royal Courts of a new Practice Direction that allows parties to agree extensions of time of 28 days without application to the court, as long as hearing dates are not compromised.  That is expected to become a procedural rule but in the meantime we can only hope that it “appears on the system” of various county courts.

There seems a mixture of excitement and trepidation - that many are creeping around with the feeling that this is nothing short of (welcome) mutiny on the part of one or two brave judges who can see what a ridiculous state of affairs we have reached.

The punishing Mitchell edition of The Hunger Games is bad enough on its own but stack this alongside the increasingly inept, illiterate and inefficient service that has become standard within our court service and it becomes all the more bizarre.

There is a risk, to pinch out of similar context the phrase of a high court judge in another case early this year, that we are going to “bring the rules of procedure and the law generally into disrepute”.


It is already there and it needs pulling back – fast.